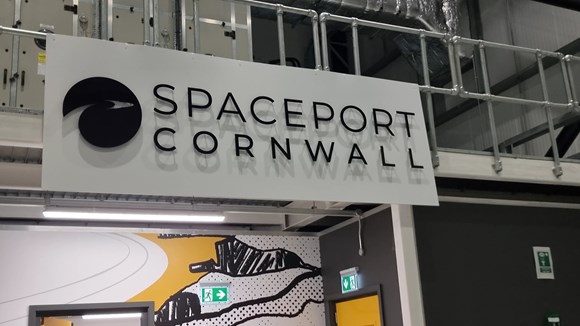 Spaceport Cornwall, based at Cornwall Airport Newquay, has demonstrated to the regulator it has met the appropriate safety, security, environment and other aspects to operate a UK spaceport. The approval also means Spaceport Cornwall has the infrastructure, equipment and services for horizontal space launches.

The growing space industry will boost innovation and is estimated to be worth £16.5 billion and support 47,000 jobs, with 2,500 apprentices opening the sector up to even more people.

“This is an historic moment as we licence the first ever spaceport in the UK. We’re proud to be playing our part in facilitating the UK’s space ambitions through assessing the safety, security and other requirements of these activities. This is another major milestone to enable this country to become a leading launch nation.

“When we became the space regulator, we committed to delivering in an open, effective and proportionate way, with public safety at its heart. Our work does not stop with this licence decision as we continue to assess other licence applications and oversee the effectiveness of licenced activities, all enabling the UK’s space sector to grow safely and securely.”

“The cosmic cornerstone is being laid for the UK’s first orbital space launch, with the UK Civil Aviation Authority granting Spaceport Cornwall the first ever spaceport licence.

“Virgin Orbit’s planned launch reinforces our position as a leading space nation as we look to the future of spaceflight, which can spur growth and innovation across the sector, as well as creating thousands of jobs and apprenticeships.”

“To be the first Spaceport in the UK with a licence to operate is a historic moment. The regulatory environment created by the Civil Aviation Authority ensures that UK launch will set the global bar in terms of responsibility and transparency.

“Cornwall is now ready to open up the use of Space for Good, and support the UK industry in harnessing the power of space to benefit life on Earth.”

The UK Civil Aviation Authority’s licence for Spaceport Cornwall follows months of working closely with government and other organisations including the Marine Management Organisation, the Maritime and Coastguard Agency and the Health and Safety Executive.

The UK Civil Aviation Authority continues to work on several licence applications, including being in very advanced stages with Virgin Orbit on its applications for launch and range licences, as well as the satellite operators, ahead of a proposed first UK launch.

The regulator is also progressing applications from a range of other spaceports and operators, and recently started a consultation on the environmental effects of a proposed SaxaVord launch in Scotland.

“Obtaining this license marks a point of distinction for Spaceport Cornwall, and is a key preparatory milestone for this first orbital launch from the UK.

"We appreciate the efforts of the British regulatory agencies with the support of the US Federal Aviation Administration in this first-time licensing process, as we strive in our respective roles to ensure a safe and successful mission in the coming weeks."

“The first ever spaceport licence granted by the UK Civil Aviation Authority is another major milestone as we look forward to the first satellite launch from UK soil this year. Getting to this stage is a testament to the hard work from partners across government and industry to make our launch ambitions a reality and we are now tantalisingly close.

“Establishing orbital launch capabilities in the UK is already bringing investment and jobs into Cornwall and other communities across the UK and inspiring a new generation to join our growing space sector.”

"What a fantastic milestone. We are now one step closer to becoming the UK’s first operational Spaceport and I speak for all of us at Cornwall Council as we await with great excitement the next steps, looking towards Launch UK with our partners the UK Space Agency and Virgin Orbit."